The Venezuelan proposal Adjustment Act will allow all Venezuelan citizens who have been present by December 31, 2021, to obtain Permanent Residence. From that date counting a period of one year and one day of the physical presence in the United States, they can apply for the adjustment of status.

The Venezuelan Adjustment Act is a proposal that will allow all Venezuelan citizens who have been present by December 31, 2021, to obtain legal Permanent Residence. From that date counting a period of one year and one day of the physical presence in the United States, they can apply for the adjustment of status. 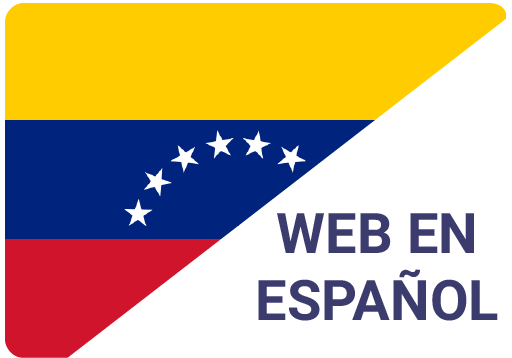 I. THE CURRENT SITUATION IN VENEZUELA

On September 16, 2019, before the United Nations Human Rights Council, the independent fact-finding mission issued its report on the human rights situation in Venezuela, stating that:

According to the United Nations Refugee Agency:

1.    By April 2021, according to the United Nations R4V Joint Monitoring and Response Platform, -UNHCR- and -OIM-, the sum of Venezuelan migrants, refugees and asylum seekers reported by the host government is more than 5.6 million, and 4.6 million are in the region.

2.     Hundreds of thousands of Venezuelans remain without documentation or permission to stay in nearby countries regularly and without guaranteed access to fundamental rights. This makes them particularly vulnerable to labor and sexual exploitation, trafficking, violence, discrimination and xenophobia.

III. THE USURPATING GOVERNMENT WELCOMES ARMED GROUPS OUT OF THE LAW:

Extremist Groups: Most of today’s discussions among experts, politicians and the media relate to the Sunni Jihadist/Salafist type of terrorism, as it is considered the most important global threat. Reports from the United States Department of State denounce that the Nicolás Maduro regime fosters a “permissive environment” for terrorist groups in Venezuela. According to State Department investigations, the development of criminal groups facilitates corruption by directly involving officials of the Venezuelan Armed Forces.

The State Department also affirmed that it is also worrisome that the reports that indicate the existence of cooperation between the FARC and ELN dissidents are in the areas of road and border control, in the subsidized distribution of food, in the recruitment and forced displacement of vulnerable indigenous communities and in the trafficking of narcotics and illegal gold.

The report denounces the «growing presence and territorial control of the ELN» in Venezuela, and also points out that in the country «confrontations between the ELN, other Colombian and Venezuelan illegal armed groups and the Venezuelan government forces increased».

It is noteworthy that the Chávez and Maduro regimes have also supported the operations of the Iranians and the Islamic Resistance Movement of Lebanon (Hezbollah). Hezbollah, whose translation would be “The Party of God”, is an organization that was born in Lebanon in 1982 after the Israeli occupation, which has a political and an armed wing, and works with the support of Iran and the Syrian Government of Bashar Al Assad, current allies and friends of the Madurista regime.

According to Pew Research Center:

IV. VENEZUELANS IN THE UNITED STATES:

An estimated 421,000 Hispanics of Venezuelan origin resided in the United States in 2017, according to a Pew Research Center analysis of the U.S. Census Bureau’s American Community Survey. Venezuelans in this statistical profile self-identify as Hispanic of Venezuelan origin; this includes immigrants from Venezuela and those who trace their family ancestry to Venezuela.

Among Venezuelans who are 25 and older, 52% of those born in the United States have a bachelor’s or higher degree.

How do we support the bill?

My Voice Counts Inc., DBA Comunidad Venezuela is presenting the proposal for the “Venezuelan Adjustment Law” before Congressmen and Senators so that they can be introduced simultaneously in the United States Congress as Sponsors and Cosponsors; namely, before the House of Representatives and the Senate. The following documents received by the constituents will be delivered as support to our petition: signatures, proof of sent emails, proof of phone calls and proof of petition letters sent by fax.

In the same manner, we will send the receipts received from the letters of request, information that will serve so that the presidency is informed of what is being requested to the White House on behalf of the constituents.

By completing the required steps of the petition we can achieve immigration relief for Venezuelan citizens.

Where should you enter?

In the sections explained below that indicate:

The United States Senate is part of the legislative branch of the federal government. It is made up of 100 senators, two from each state, elected for a six-year term. The Senate enacts legislation and has the power to impeach government officials and approve the President's appointments and treaties.

Supporting the proposal before the United Estate Senate.

We will have the delivery of 500,000 signatures to promote the sponsors and co-sponsors of the Senators

Join the petition by signing the proposal
click here

Select this option and you will get the format of the letter to send it by mail.

3. Send an email to your Senator

Select the Senator that corresponds to your State

2. Before the U.S. House of Representative

Supporting the proposal before the U.S. House of Representative.

We will have the delivery of 500,000 signatures to promote the sponsors and co-sponsors of the Representatives.

Select this option and you will get the format of the letter to send it by mail.

2. Send an email to your Representative

Select the Representative that corresponds to your State.

3. Before the White House

Supporting the proposal before the White House

The White House will receive the Petition Letters to inform them of the proposal for the “Venezuelan Adjustment Law” that we are requesting.

Every support counts for the achievement of the common goal

“When focus is your priority, the universe conspires and turns success into your reality.” 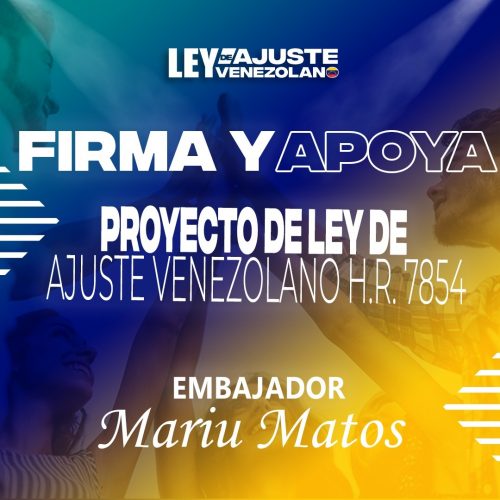 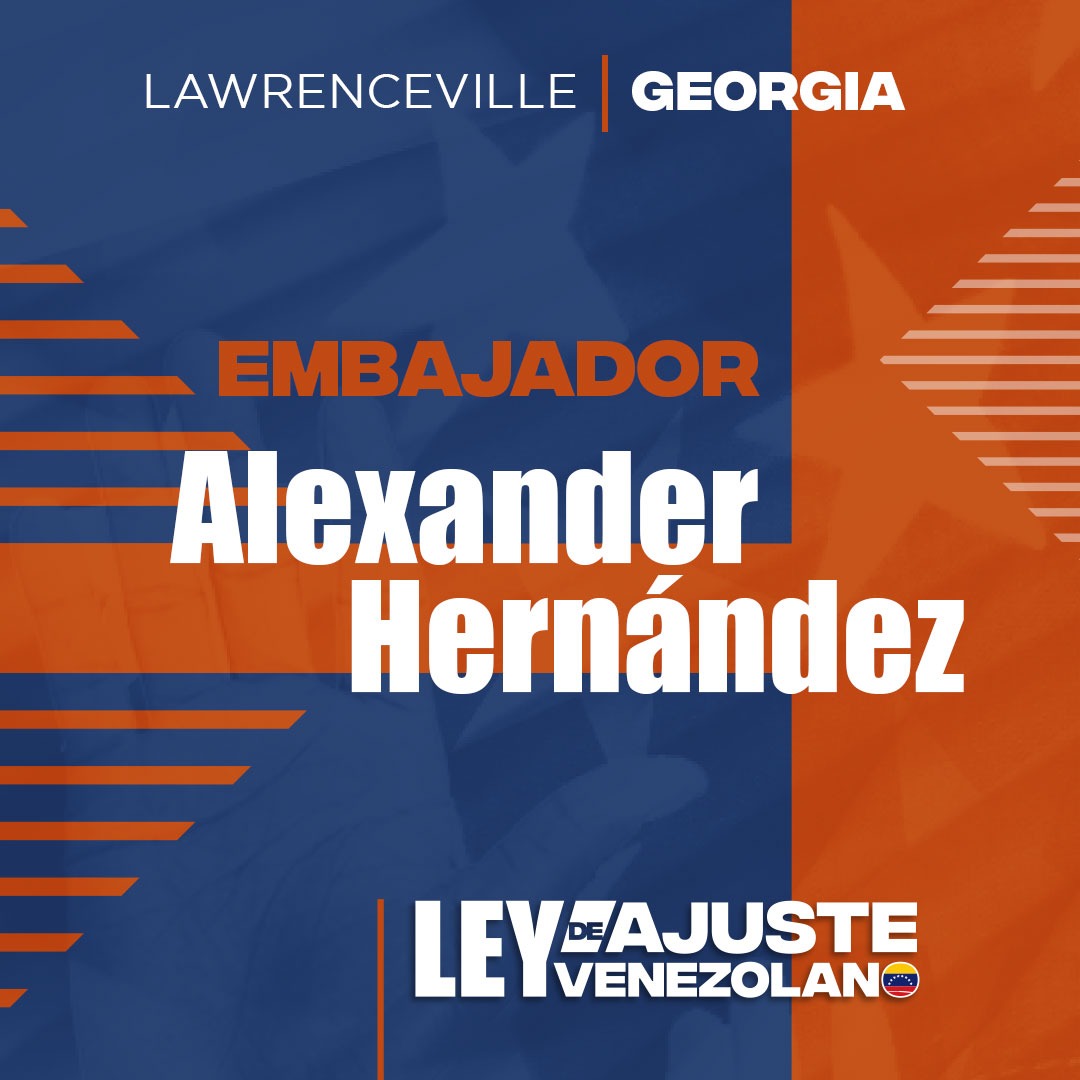 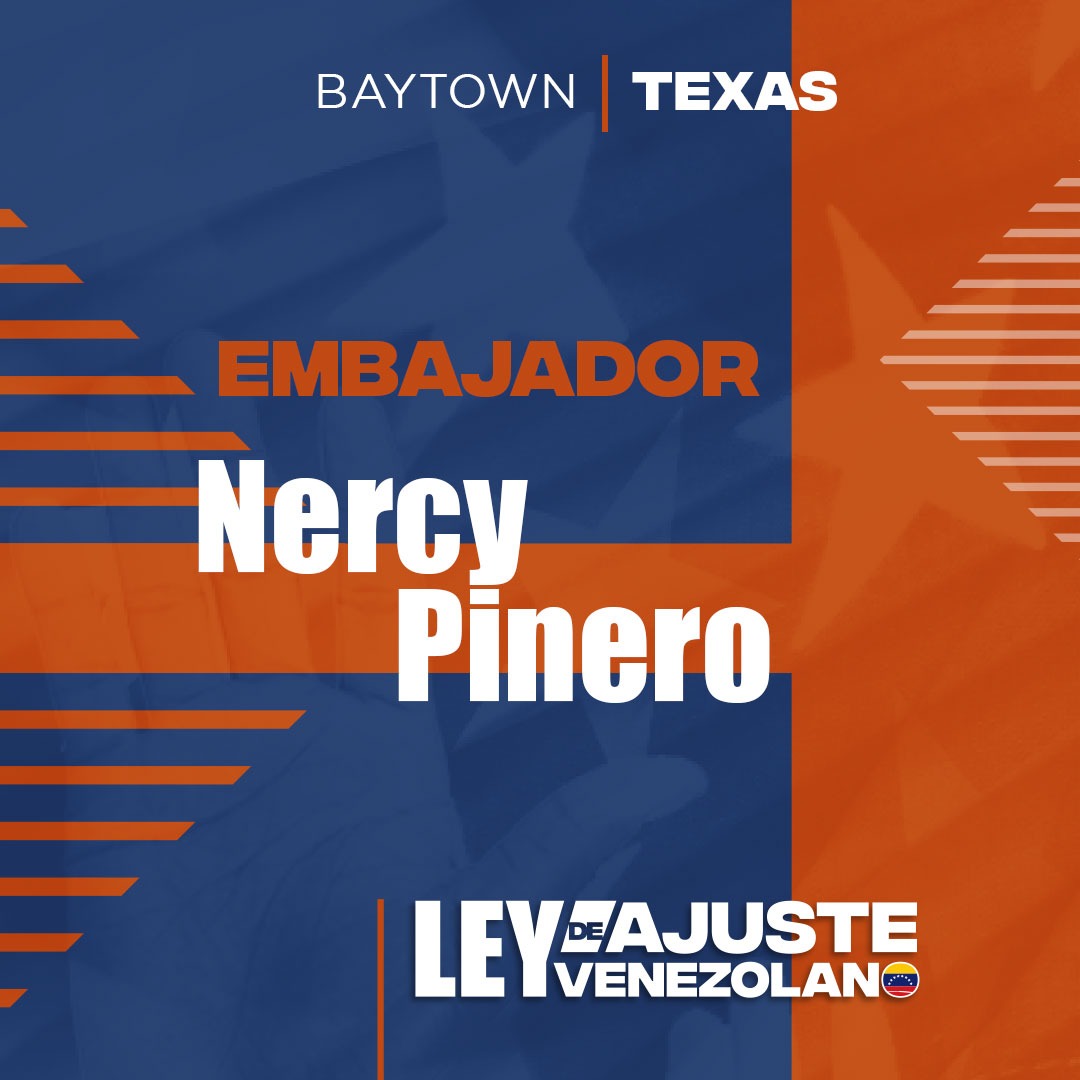 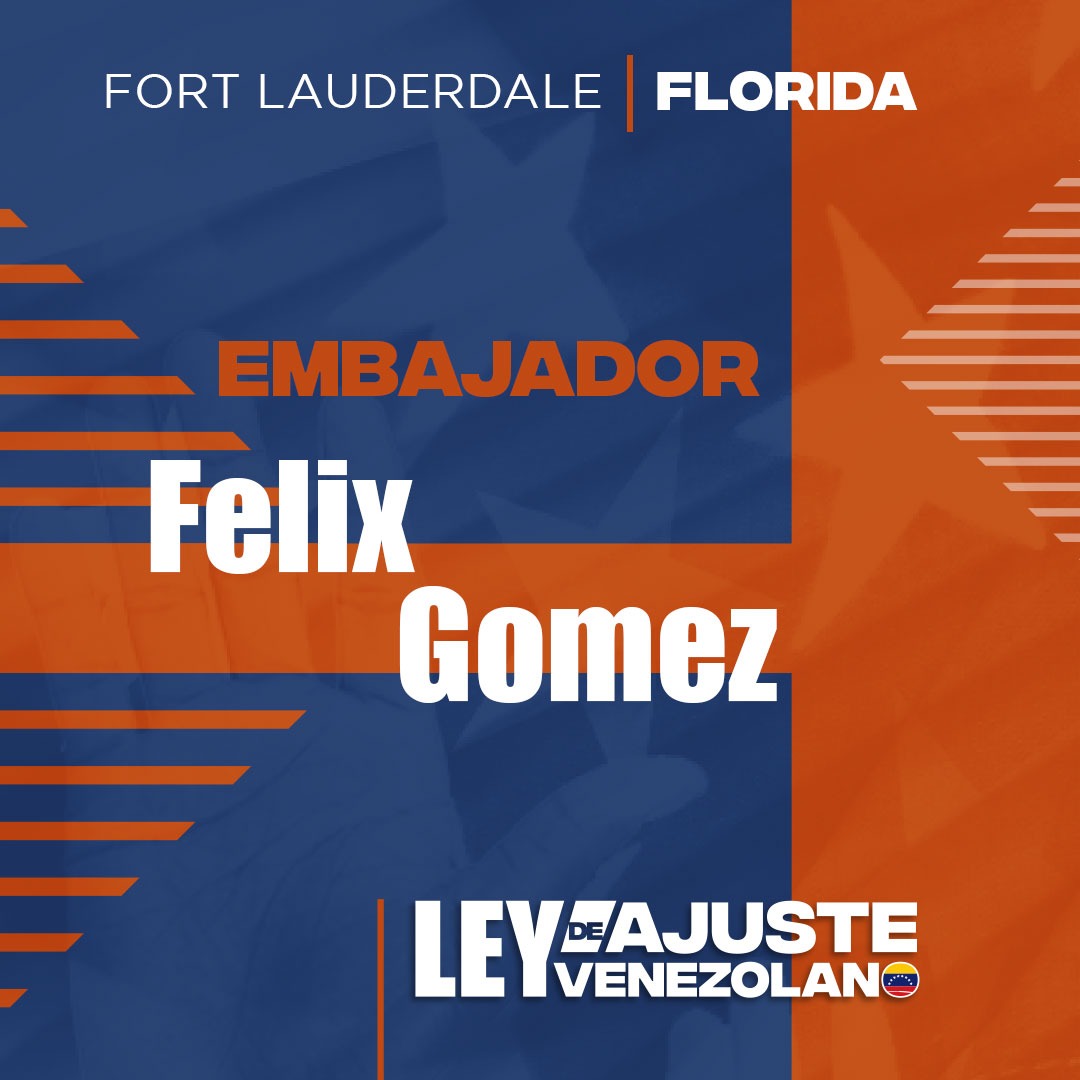 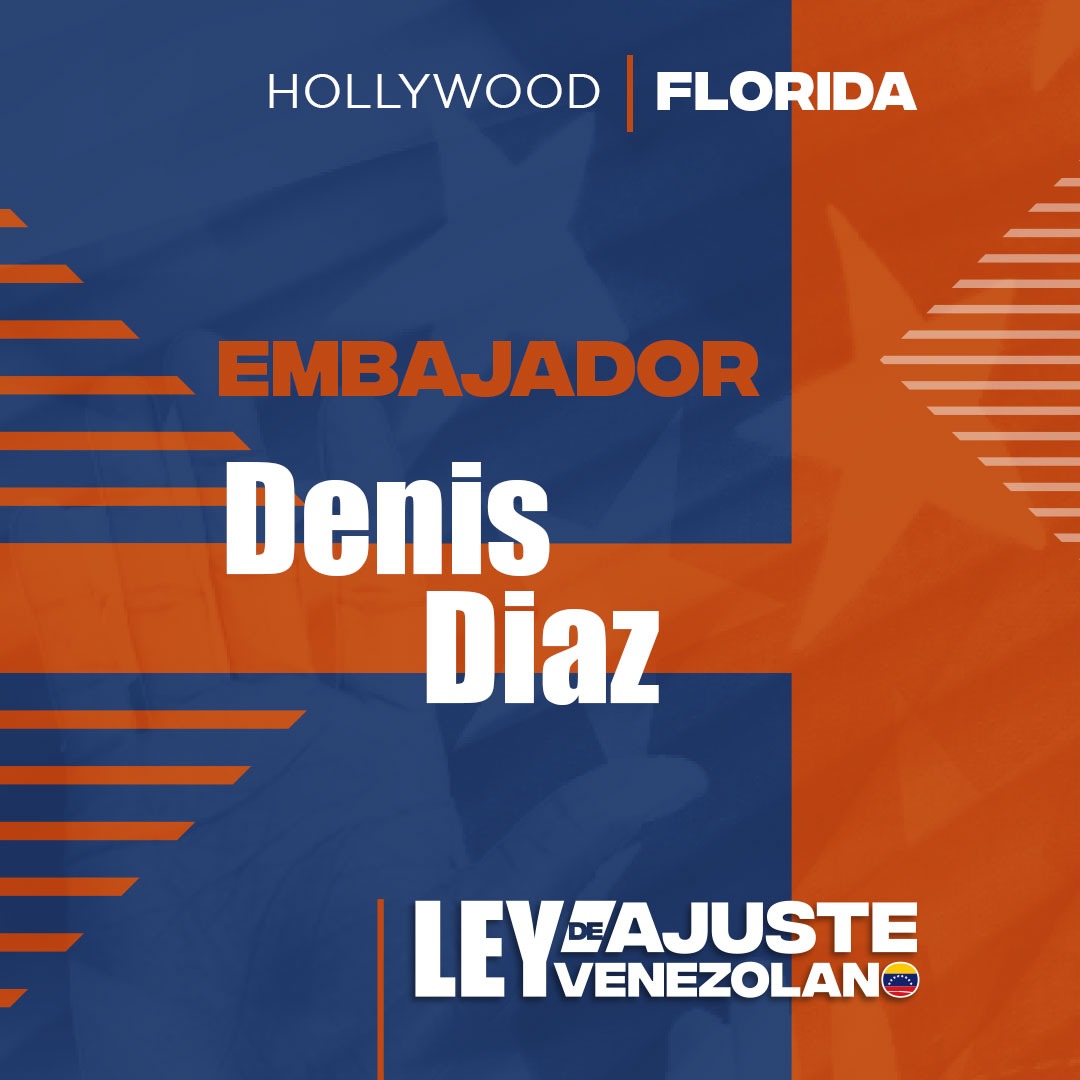 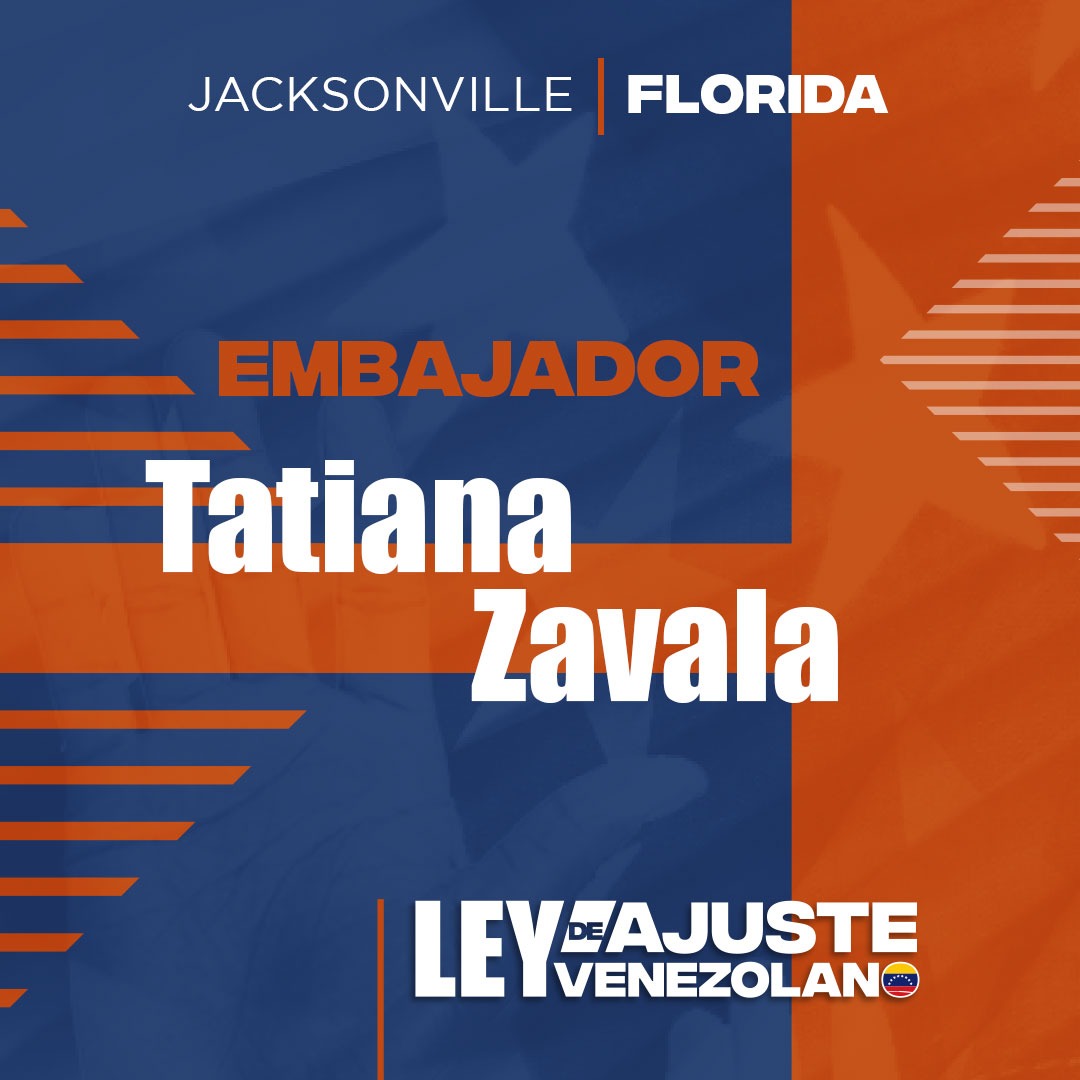 Any person regardless of country of origin living in the United States over the age of 18.

No, it is for all people living in the United States of any nationality over 18 years of age.

Would signing the petition harm my status?

NO, it is a request to obtain an immigration benefit.

How can I support the promotion of the Venezuelan Adjustment Law proposal?

Entering the website and looking for the Register as an Ambassador section. We will make you a link so that you can spread the information among your family and friends and achieve a total of 1000 signatures plus that complete the 4 steps.